Even during the pandemic, we were (safely) planning flash mobs here in Las Vegas! 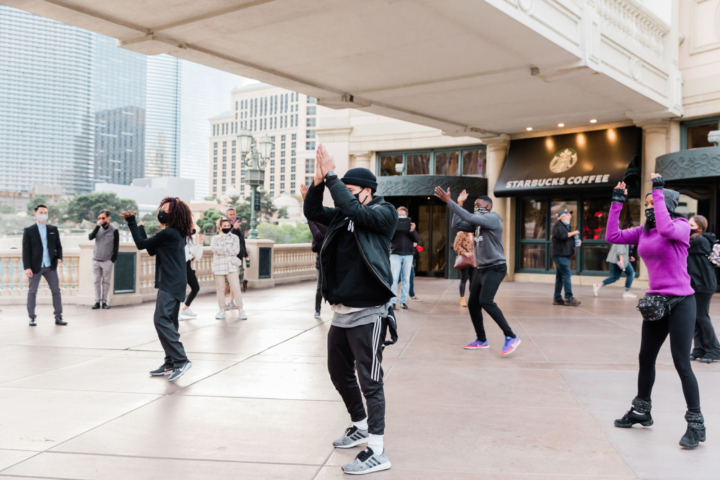 Scott contacted us about one of our Flash Mob packages, and told us he wanted to propose to his girlfriend Kerriana during their trip to Vegas. We not only had to pull off a great flash mob and proposal, but we had the added responsibility of keeping everyone safe during the pandemic. 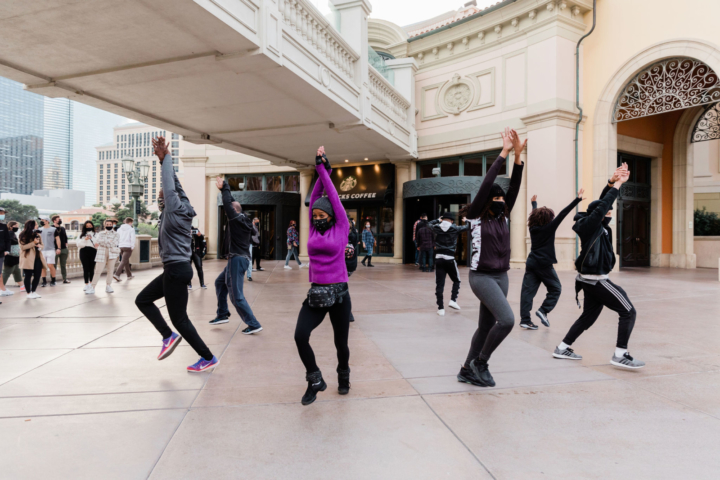 To maintain safety, our dancers wore masks during their performance. And although our client Scott decided to keep his mask on as well, we DID NOT require him (or any of our clients) to wear a mask during the proposal. 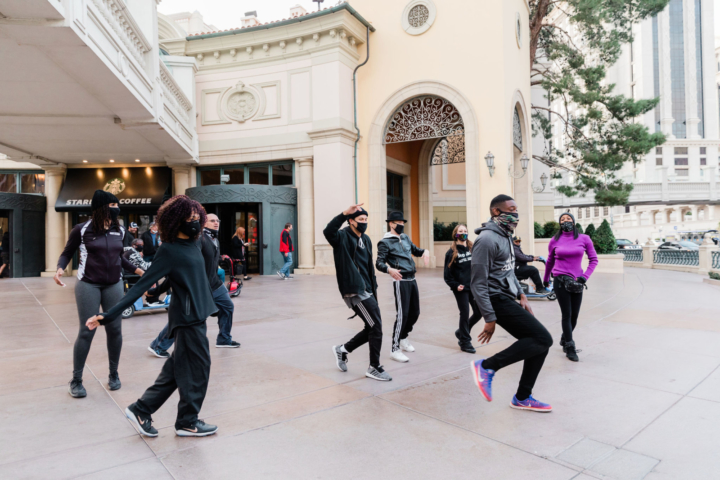 The dance consisted of our standard 8 dancer flash mob, set to a song mix of upbeat love songs. Scott chose to get engaged to “Marry You” by Bruno Mars at the end. 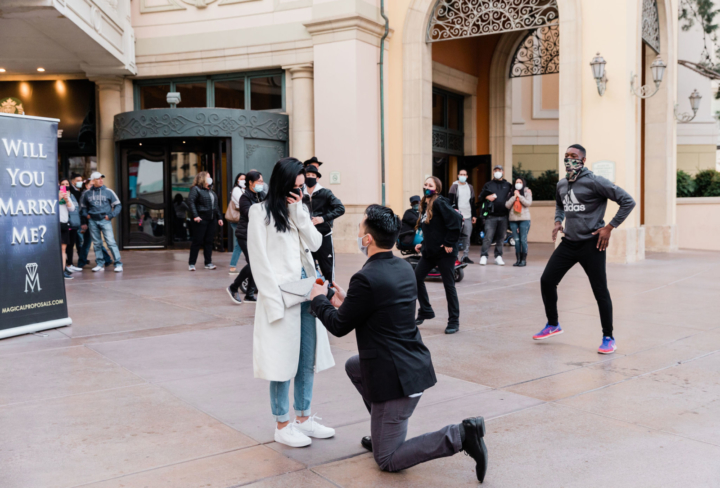 This flash mob was performed at the iconic Bellagio Fountains on the Las Vegas strip. Although there weren’t many spectators due to the pandemic, those who did stop to watch all enjoyed the experience. 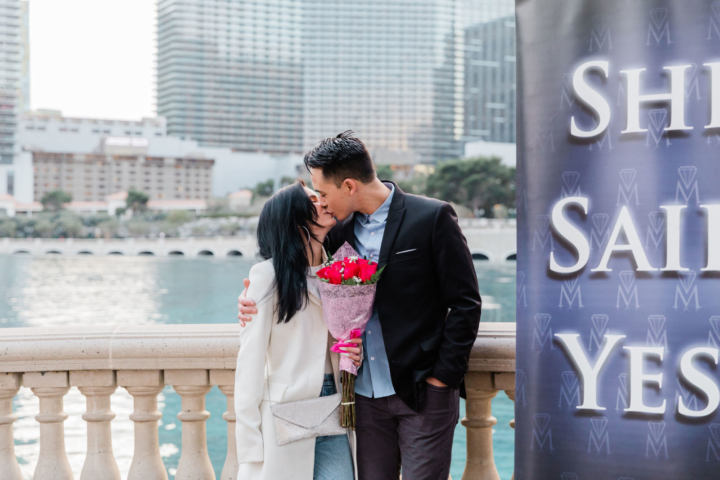 Most importantly, Scott and Kerriana loved their proposal! Everyone cheered when she said YES! Watch the video below:

Looking for your own flash mob in Las Vegas for any occasion? Learn more about our flash mob packages today!