4 Reasons To Hire A Magician For Your Marriage Proposal

If you’ve been looking around for creative ways to pop the big question, one option you may have seen is the idea of hiring a magician to help you propose. If this is your first time hearing of this, the idea of getting engaged during a magic show might sound a bit cheesy – totally understandable! I’ve taken all the ‘cheese’ out of the magic I perform, which is why I’ve performed for over 700 marriage proposals. I also run a marriage proposal planning company, and can guarantee that this proposal service combines all the elements of surprise and romance that my clients are looking for at their proposals.

Below are 4 reasons you should definitely consider the Magic Proposal Experience if you’re coming to Las Vegas to get engaged: 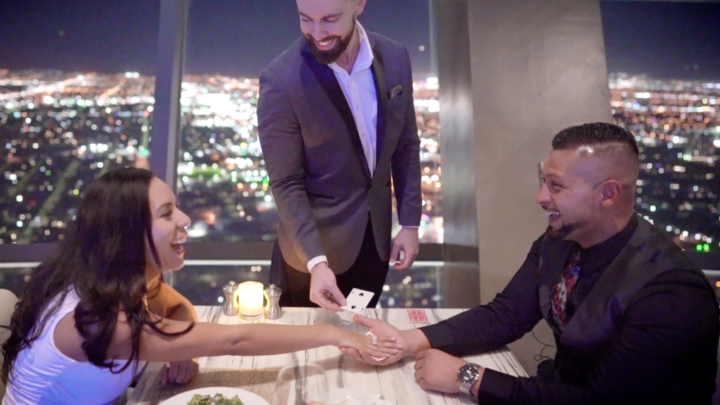 Reason 1: It’s Romantic
Magic? Romantic? In a word: yes! Well, not usually. We’ve all seen awkward/bad magicians, but even the good ones don’t usually conjure up romance. The magic I perform in the Magic Proposal Experience is all focused on romance, and your connection with each other as a couple. The scripting revolves around you and your partner’s story together, with the grand finale being either the magical appearance of the engagement ring, or a card magically reading “Will You Marry Me?”. Romance is the main focus, and my clients RAVE about this! 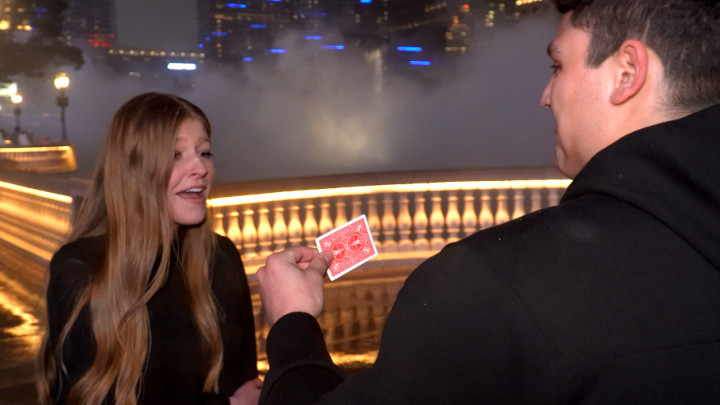 Reason 2: It’s Surprising
Nobody EVER expects a proposal to come at the end of a magic show. Trust me: after doing this for hundreds of different couples, even if she knows a proposal is coming soon, she never thinks that THIS is how. For all your partner knows, they’re watching a short table-side magic show after dinner, or a street magician out on the Vegas strip. Sure, the magic has you both holding hands and talking about your relationship while impossible things are done right in front of you, but they never suspect that the grand finale is about to be the marriage proposal. 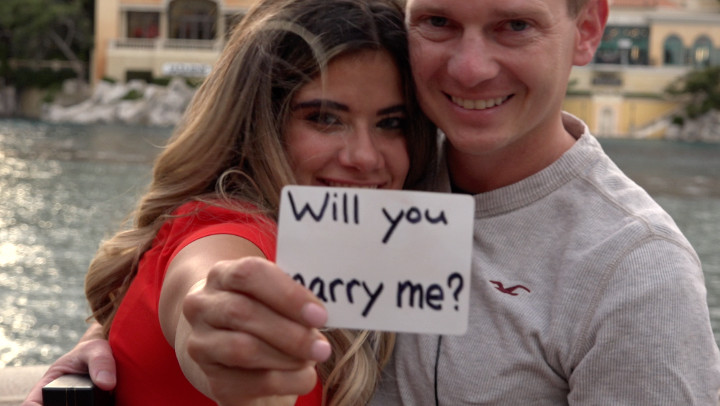 Reason 3: It’s a great story to tell
What story will you tell about how you got engaged? Will it be the same ordinary story as everyone else? Or will it be an unforgettable story about going to Las Vegas and running into a magician who wrapped your love story into a magic performance before making the engagement ring appear? As reported by many of my clients, this will be a story you’ll want to tell just as much as everyone will want to hear! 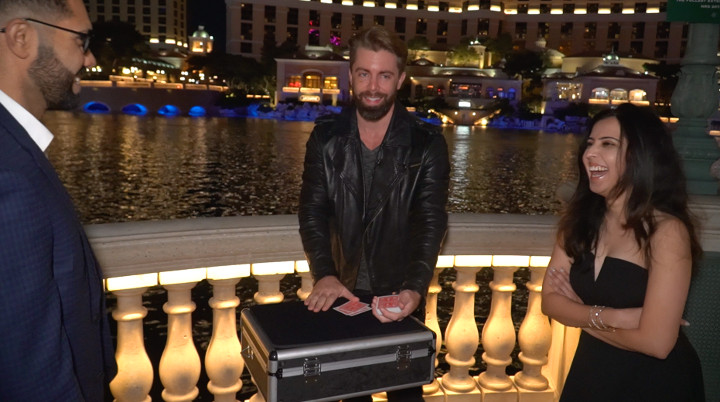 Reason 4: It’s unique
Chances are, none of your friends have had a Las Vegas magician help them with their marriage proposal. Plenty of people have engagement stories about a restaurant presenting the ring inside of a champagne glass (tacky), or popping the question on an airplane (not romantic), but you can be guaranteed that nobody else you know has been engaged during a magic show… ESPECIALLY not a magic show like this one! 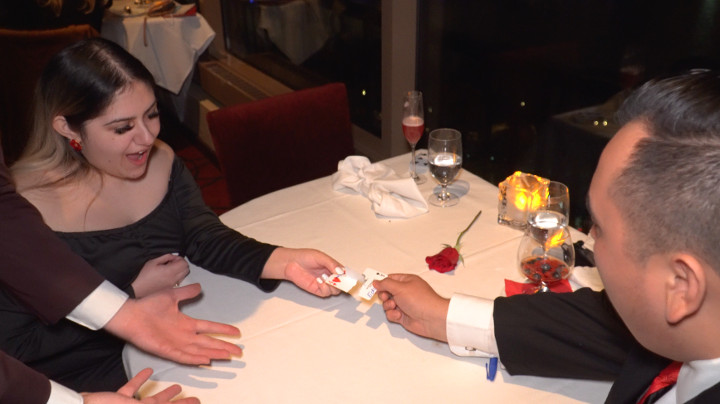 Bonus Reason: The reactions!
Don’t take my word for it; just watch the reactions from this real couple: